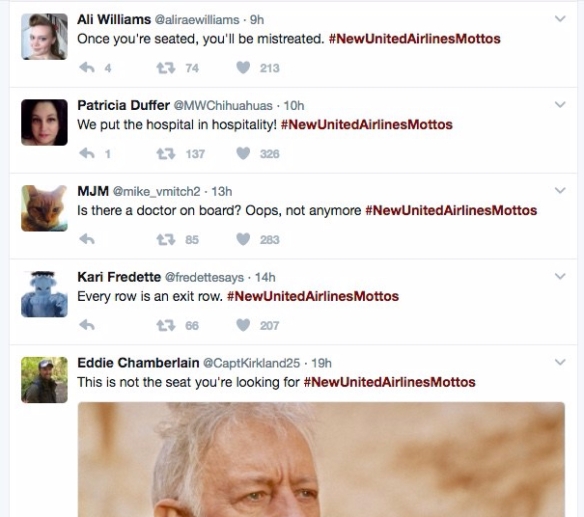 Twitter users react to the incident with the hashtag #NewUnitedAirlinesMottos

There is so much wrong with United having a passenger dragged from an overbooked plane that it’s difficult to know where to start. But when looking at how to handle communications in a crisis, there are several issues that are immediately apparent:

Before I hang up my Mileage Plus account and begin a monogamous relationship with Delta for domestic flights (and maybe even try American), I am hoping this is the wake-up call United needs.

And hey Oscar Munoz, my PR firm and thousands of others are competent, available and would never put you in this situation.